On 01/19/2020 at approximately 5:56 p.m., officers with the Oxnard Police Department were dispatched to the 1200 block of South “H” Street in reference to a carjacking that had just occurred. Upon arrival, officers contacted the victim, who said that a male with a handgun, along with an additional male and female, had contacted him and demanded his vehicle. Fearing for his safety, the victim exited the vehicle and all three suspects entered the vehicle and fled.

While officers were taking the report for the carjacking, the Oxnard Police Department received a call of a hit and run traffic collision in the area of Wooley Road and Commercial Avenue. Officers responded to the scene and determined the vehicle taken during the carjacking was the same vehicle involved in the hit and run. Officers began checking the area and located a 15-year-old male and 18-year-old Lesly Ann Geronimo. The subjects attempted to flee on foot but were taken into custody a short distance from where they were originally located.

After officers had both subjects detained, they were contacted by an additional Oxnard resident who advised them that he had been robbed at knife point in the 1200 block of Commercial Avenue. This robbery occurred after the hit and run. The 15-year-old juvenile was positively identified as the suspect in that robbery.

During a search of the juvenile suspect’s person, property belonging to another individual was located. It was learned that prior to the carjacking, an additional robbery at knife point had occurred in the area of Hill Street and “G” Street. The juvenile was ultimately arrested for two separate robberies, the carjacking, and street terrorism (gang enhancement) and was lodged in Juvenile Hall. Geronimo was arrested for her role in the carjacking and was transported to the Ventura County Jail. One additional suspect is outstanding. There is no additional information available at this time and the investigation is ongoing. Any witnesses to the incidents are encouraged to contact Detective Roger Ramirez at (805) 288-3289.

The Oxnard Police Department’s Violent Crimes Unit is committed to reducing gang crimes and gun violence in the City of Oxnard through the strict enforcement of laws specifically targeting known, active gang members residing in the city.  Anyone with information regarding criminal activity is encouraged to contact the Oxnard Police Department at (805) 385-7600, or online via the Oxnard Police Department’s website: www.oxnardpd.org, and clicking on Report Suspicious Activity.  You can remain anonymous if you choose to do so.  You can also remain anonymous by calling the Ventura County Crime Stoppers at (800) 222-8477. You can also visit this site: www.venturacountycrimestoppers.org to submit a tip via text or email. 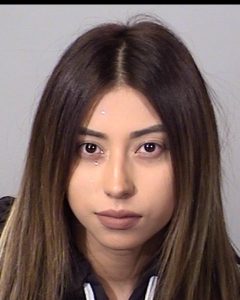