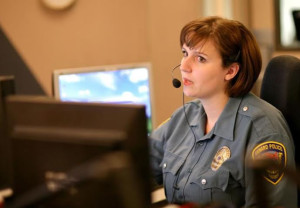 The Communications Center uses a language translation service which allows for three way calls including an interpreter. The translation service can get translators for up to 143 language including dialects such as Mixteco. This allows for ease of interrogation and caller questioning regardless of language. The most common language requested is Spanish. However, the center has had requests for Tagalog, Vietnamese, Mandarin and German. During 2016, the Communications Center used this service for 16,911 callers.

The training program for new hires is a year long. It consists of a four week in-house academy, three week POST academy, and over eleven months of on the job training. The new hires are assigned a Communications Training Officer (CTO) for the entire year so they have constant supervision and training. The majority of the training is on the job so they have practical application answering phones, dispatching fire and medical calls and handling the police frequencies.

The Dispatchers participate in collateral assignments both within the center and the department. They participate in the Explorer Program, Victim Advocate, Tactical Dispatch, Communications Training Officer and Mentoring Program. They are also very involved in committees such as the Quality Assurance, Employee Recognition, Safety Committee, and Patrol/Communications. 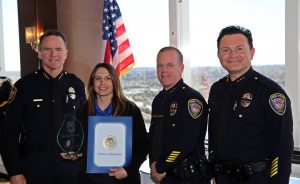 Dispatcher Amber Anderson received the 2016 award for Dispatcher of the Year.