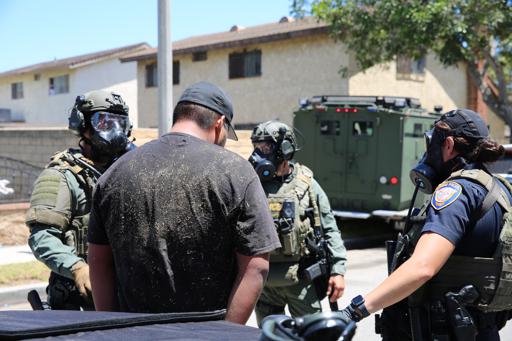 On Friday, July 17, 2020, officers responded to assist a victim who located his stolen vehicle in the Southwinds neighborhood on Courtland Street at Clark Court.  The sole occupant of the vehicle attempted to drive away once he realized officers were attempting to contact him; however, the officers were able to prevent him from doing so.  The driver refused to comply with the officers’ commands to exit the vehicle and the situation evolved to the point where crisis negotiators, the SWAT team, and the police K9 were needed.

Eventually, crisis negotiators confirmed the driver’s identity as 22 year-old Oxnard resident, Eulogio Chacon.  After more than two hours of failed negotiations, less-lethal measures were deployed to encourage the suspect to exit the vehicle. During the stand-off, Chacon rammed a police vehicle in his attempts to flee. Upon exiting the vehicle, Chacon refused to comply with officers’ commands and attempted to flee toward a crowded park. He was quickly apprehended. Chacon was arrested for the unlawful taking of a vehicle and resisting arrest. 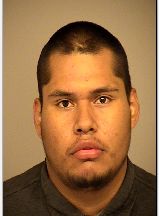