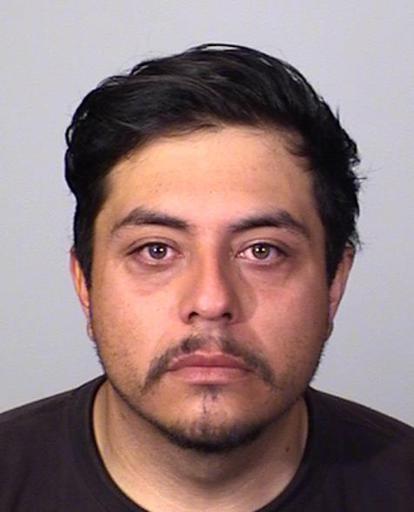 SUBJECT:   Arrests Made In String of Robberies

During the week of July 18th 2020, the Oxnard Police Department Violent Crimes Unit began an investigation into a series of robberies of street vendors in the Southwinds Neighborhood. On July 22nd 2020, investigators from the Violent Crimes Unit were conducting directed enforcement in the Southwinds Neighborhood in reference to those robberies. At approximately 1:00 P.M., investigators observed what they believed was a robbery in progress to a street vendor near the intersection of Pleasant Valley Road and Charles Street.

Investigators drove towards the incident to make contact with the involved parties however the suspect drove away in a vehicle. Investigators conducted an enforcement stop on the vehicle and contacted the lone occupant, who was identified as 26-year-old Oxnard resident Diego Cruz. While speaking with Cruz, additional investigators contacted the victim, who confirmed that Cruz was attempting to rob him.

Cruz was arrested for four counts of robbery and one count of attempted robbery. He was later booked into the Ventura County Jail on those charges. Anyone with any information regarding this crime or similar crimes is encouraged to contact Detective Jaime Miranda at 805-385-7547.

The Oxnard Police Department’s Violent Crimes Unit is committed to reducing gang crimes    and gun violence in the City of Oxnard through the strict enforcement of laws specifically targeting known, active gang members residing in the city.  Anyone with information regarding criminal activity is encouraged to contact the Oxnard Police Department at (805) 385-7600, or online via the Oxnard Police Department's website: www.oxnardpd.org, and clicking on Report Suspicious Activity.  You can remain anonymous if you choose to do so.  You can also remain anonymous by calling the Ventura County Crime Stoppers at (800) 222-8477. You can also visit this site: www.venturacountycrimestoppers.org to submit a tip via text or email.