The Oxnard Police Department Traffic Unit arrested three impaired drivers while conducting a DUI/Driver’s license checkpoint on June 7, 2019.  The checkpoint was conducted on Pleasant Valley Road at Jefferson Square between the hours of 8:00 p.m. and 2:30 a.m., resulting in the following:

Checkpoints are placed in locations that have the greatest opportunity for achieving drunk and drugged driving deterrence and provide the greatest safety for officers and the public.

In recent years, California has seen a disturbing increase in drug-impaired driving crashes.  Oxnard PD supports the new effort from the Office of Traffic Safety that aims to educate all drivers that “DUI Doesn’t Just Mean Booze.”  If you take prescription drugs, particularly those with a driving or operating machinery warning on the label, you might be impaired enough to get a DUI.  Marijuana can also be impairing, especially in combination with alcohol or other drugs, and can result in a DUI.

Studies of California drivers have shown that 30 percent of drivers in fatal crashes had one or more drugs in their systems. A study of active drivers showed more tested positive for drugs that may impair driving (14 percent) than did for alcohol (7.3 percent).  Of the drugs, marijuana was most prevalent, at 7.4 percent, slightly more than alcohol.

Oxnard PD offers these reminders to ensure a fun night doesn’t get spoiled with a DUI:

Drivers caught driving impaired and charged with DUI can expect the impact of a DUI arrest to be approximately $13,500. This includes fines, fees, DUI classes, license suspension, and other expenses not to mention possible jail time.

The checkpoint was funded by a grant from the California Office of Traffic Safety, through the National Highway Traffic Safety Administration.

Whether by bike, car, motorcycle, or walking, the Oxnard Police Department encourages everyone to be a part of the solution and ‘Go Safely California.’ 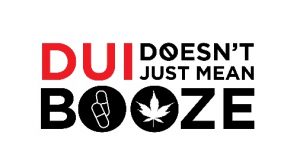