The East District covers a large geographical area, from Gonzales Road south to Channel Islands Boulevard and Oxnard Boulevard / Saviers Road to the east end of the city limits. It is further broken down into two beats. North of Fifth Street is Beat 31 and south of Fifth Street is Beat 32.  Senior Officer Maria Peña is the District Coordinator for the East District.  The East District is part of the city-wide Neighborhood Policing Team (NPT) and is here to address quality of life problems, crime trends which are difficult for our patrol officers to proactively deal with, and to form and maintain partnerships within our community.

Partnering with the Community

The East District Neighborhood Policing Team is consistently involved in community outreach efforts to strengthen our relationship with the community and provide support for our community and residents. 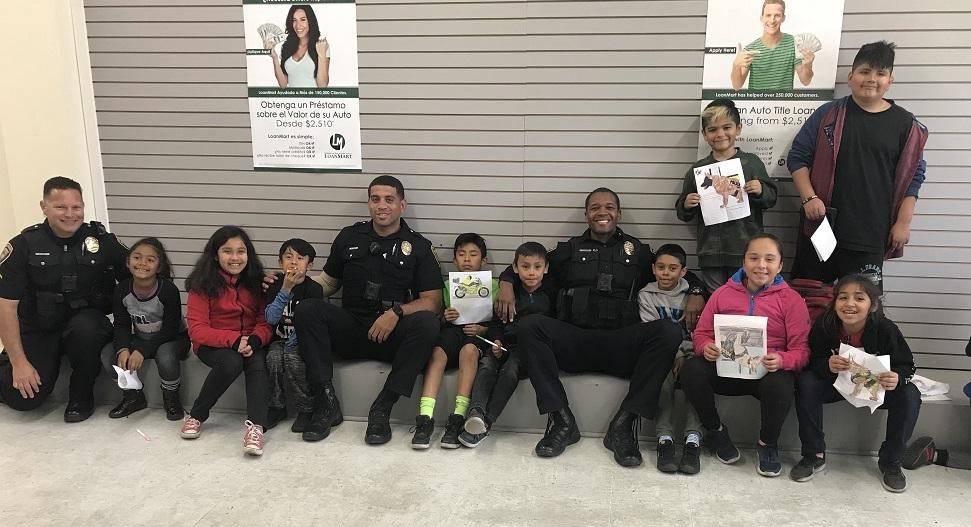 Some of the outreach efforts conducted by the East District include: 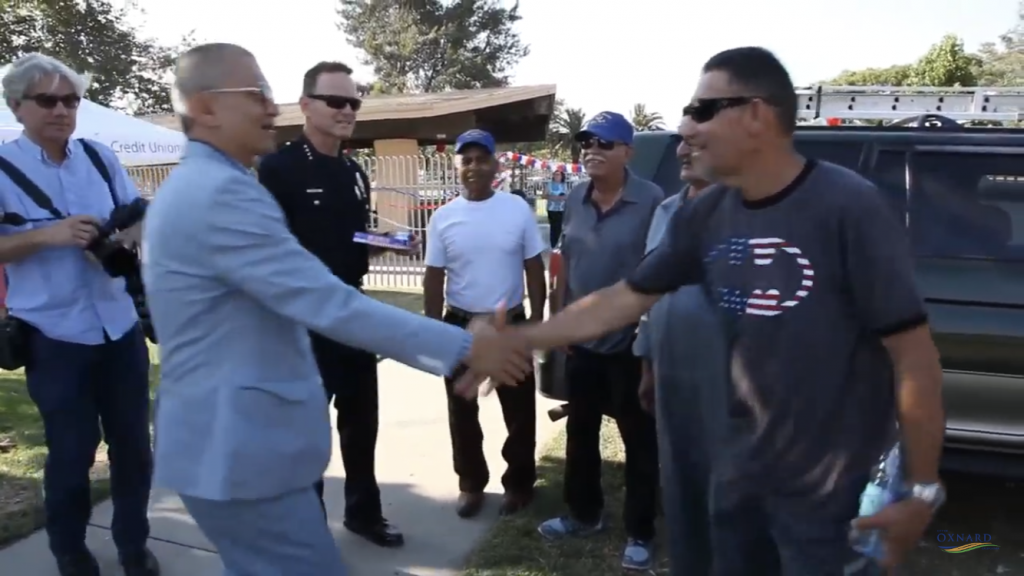 Officers attended the Colonia Village Tenant Association Posada. This event was a procession where several members of the community sang and prayed as they visited homes in the community. At the end of the procession, there was a potluck to allow residents to interact with each other. Approximately 150 – 200 people were in attendance.

Our Lady of Guadalupe 9-Day Processions

Oxnard Police Department collaborated with Our Lady of Guadalupe for the Virgen de Guadalupe Processions. The processions took place in the month of December, during evening hours. The police department provided traffic control for the processions as they traveled from the 700 block of North Juanita Avenue to the church’s parking lot on the 500 block of North Juanita Avenue. Each night, the processions included Danzantes Aztecas, a prayer, and hundreds of members from the community. Traffic flowed with minimal interruption; there were no collisions and no parking citations. 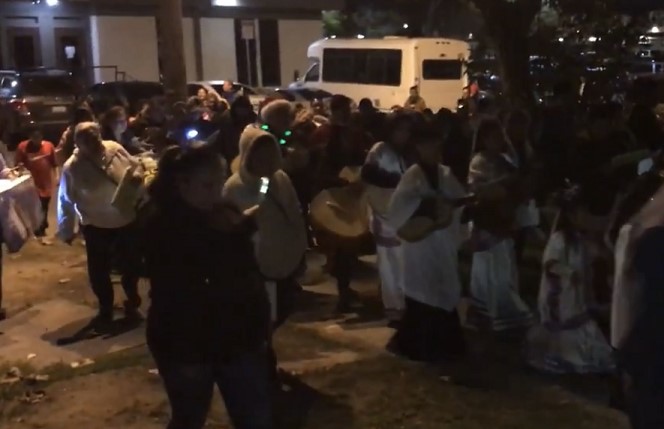 East District officers partnered with Oxnard Housing and local car clubs to provide toys to children in public housing and the surrounding areas.  Santa arrived and hundreds of toys were given out to the children. Elvira Zavala provided assistance with the community relations. 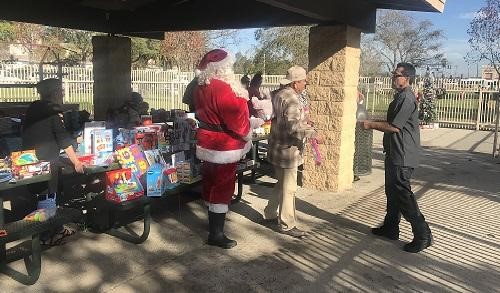 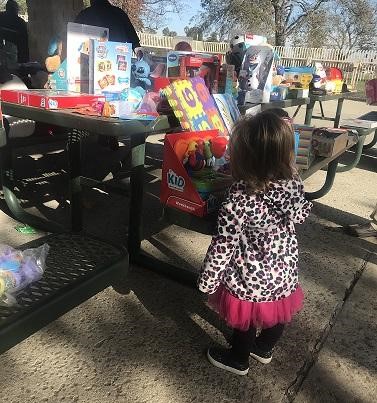 The East District Team along with several members from other units within the police department attended several Coffee with-cop events throughout the year.  The event is used to facilitate a location for members of the community to meet and converse with the officers who patrol their district. 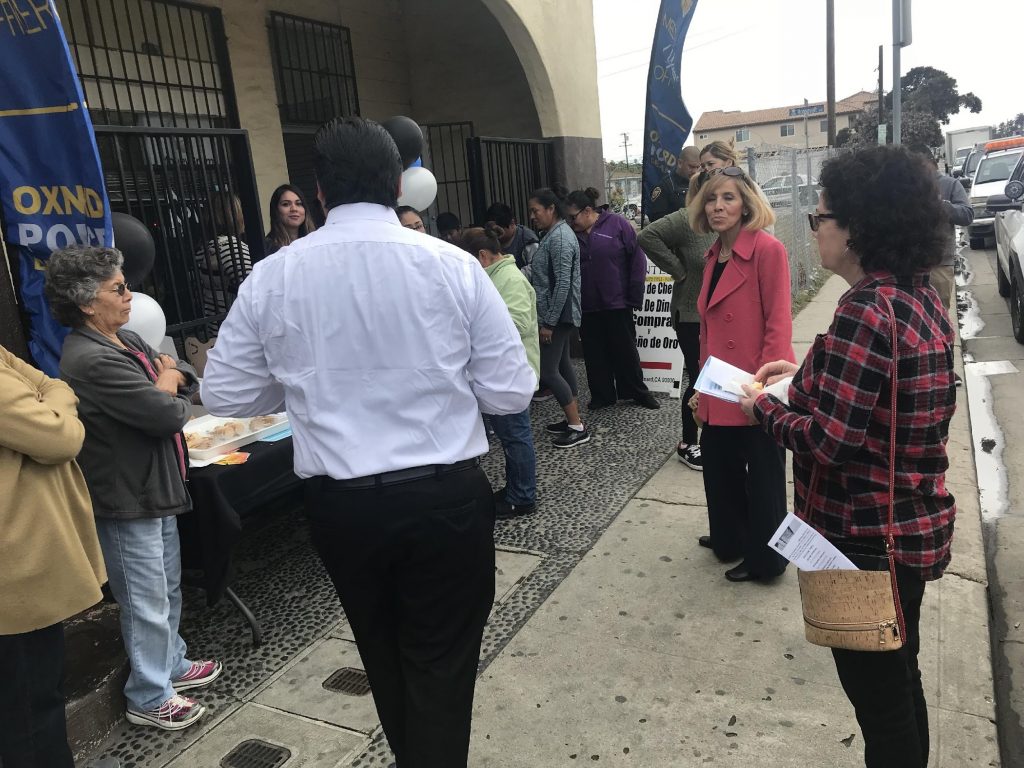 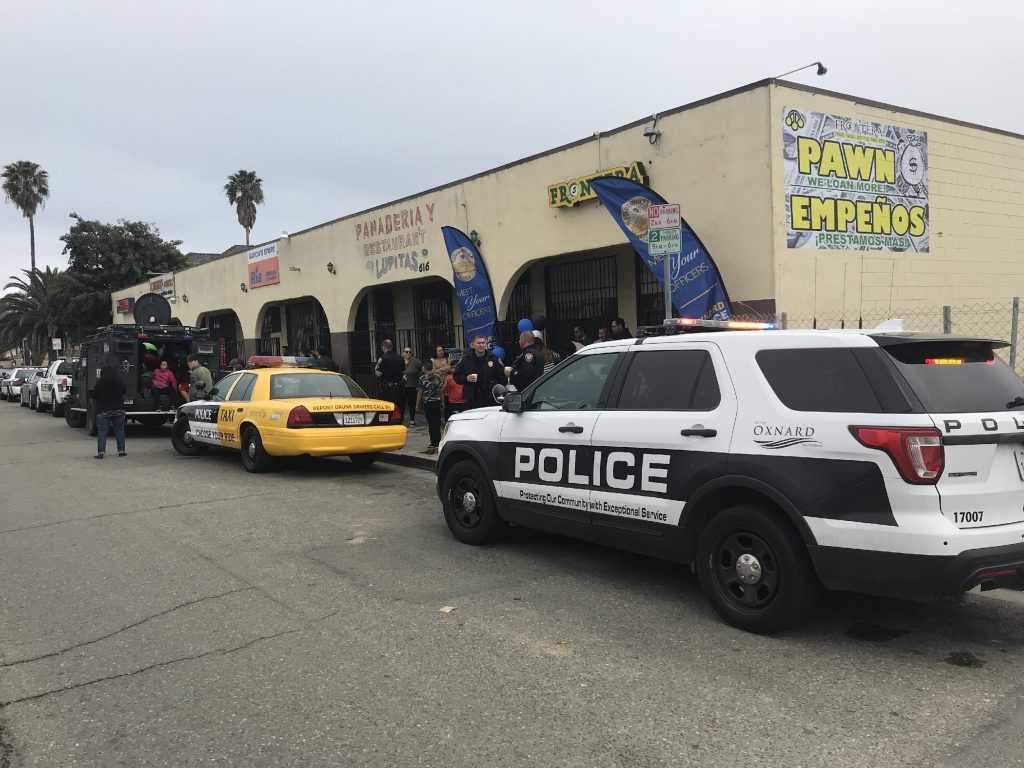 Throughout the year the East District Team attends various neighborhood meetings to check-in with the neighborhood councils, neighborhood watch, neighborhood associations, and community members to address their concerns on their quality of life, traffic and other safety issues in their neighborhoods. 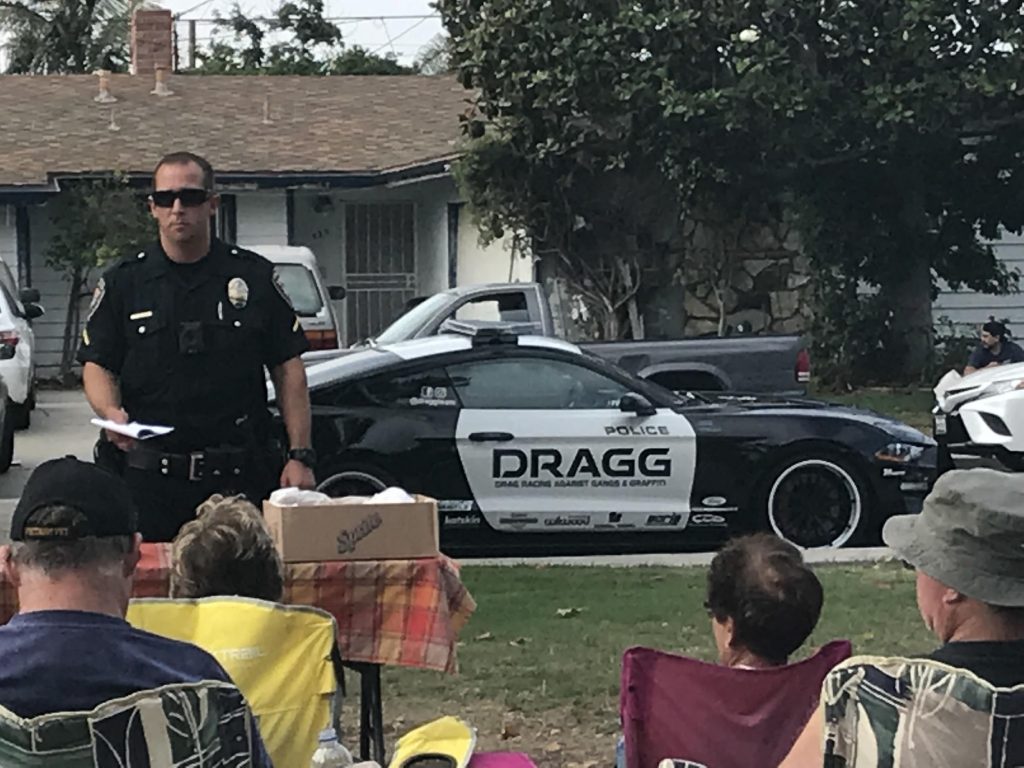 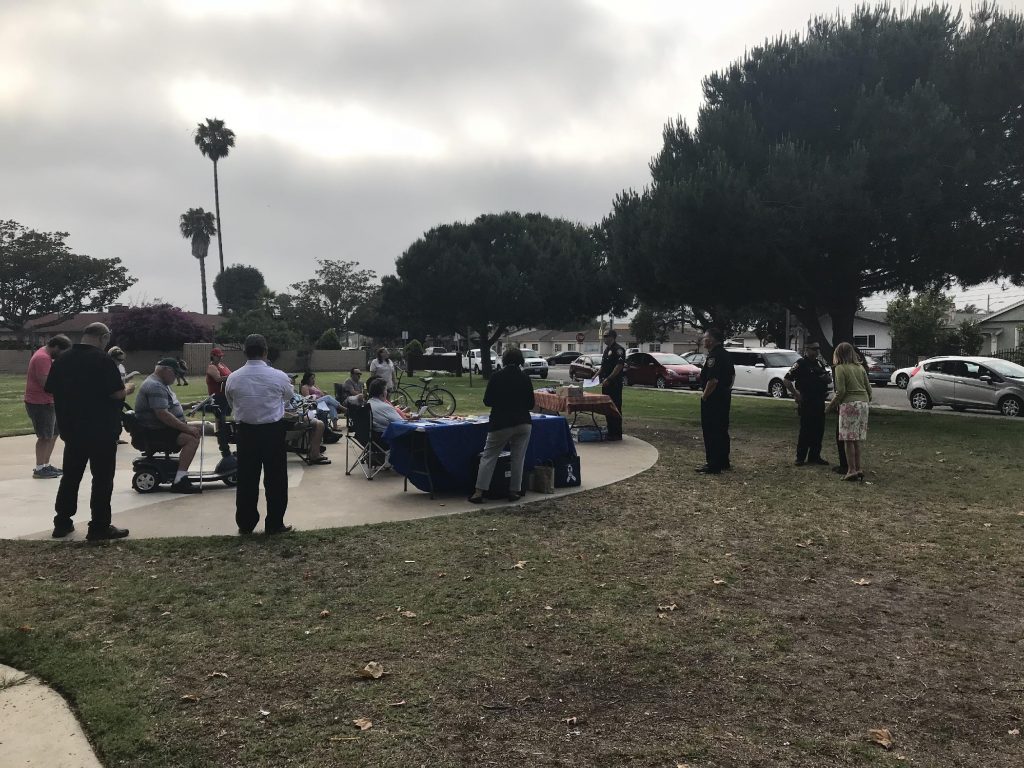 The East District Team participated in interactions with elementary school children through Lunch with a Cop, Read across America, and other school events.

The East District team had received information of a possible Marijuana grow in the area of the 600 block of East Fifth Street (specifically from the building at the northeast corner of Mountain View and Fifth Street). While assisting ER and Code Compliance addressing the homeless/graffiti at the building, members of the east district obtained additional evidentiary information which was provided to the VCAT West County Narcotics Team. This information led to the execution of a narcotics search warrant which resulted in the recovery of nearly 2,000 Marijuana plants, in various growth stages, from the building. 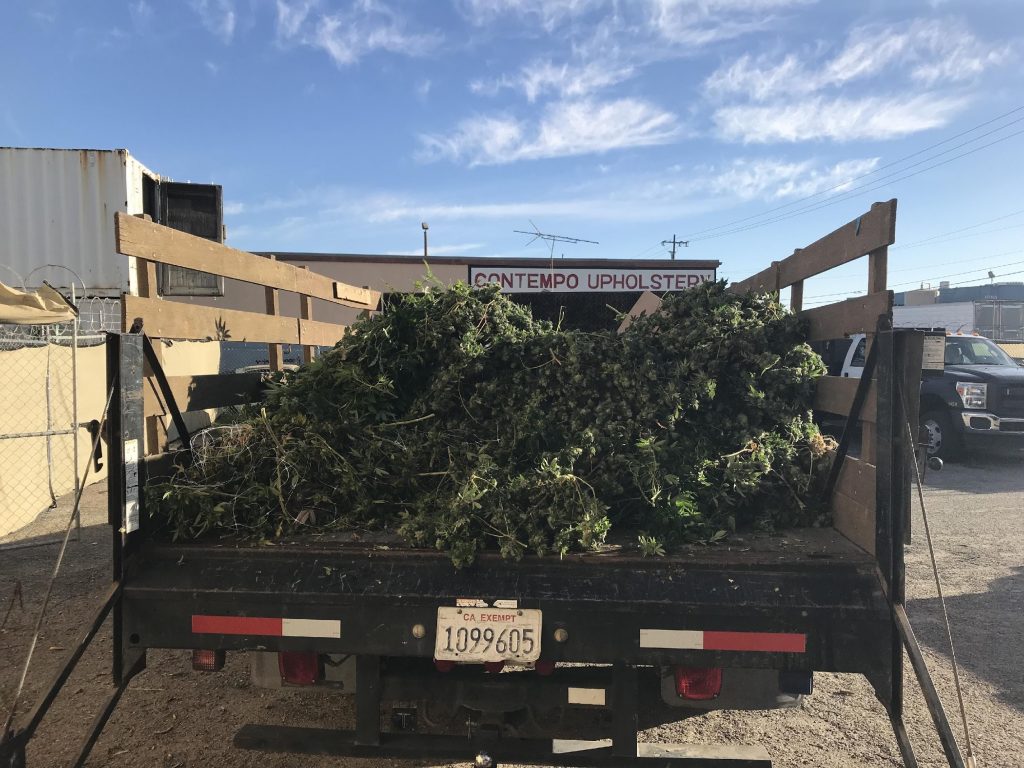 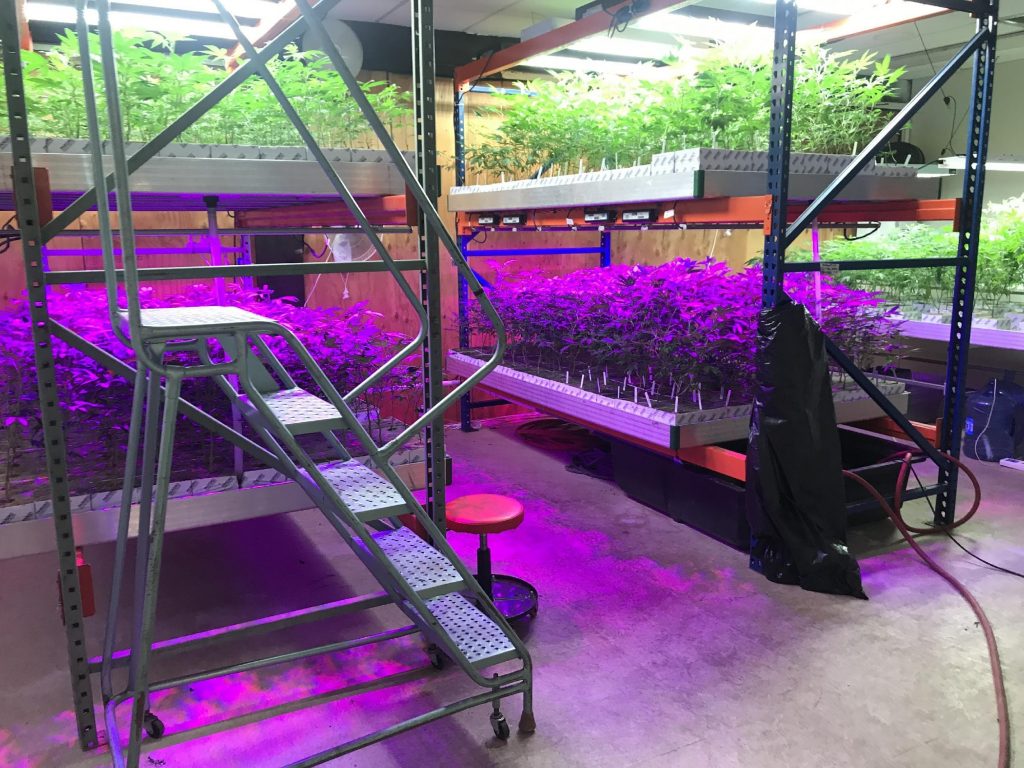 As evident by the crime statistics, the East District Team accomplished its 2017 goal of continuing to reduce crime in the District. Additionally, the increase in community events can be attributed to the 2017 goal of working with the underserved population in the district. For 2019, the number one goal for the East district is to continue to suppress crime and improve the overall quality of life for the residents in the district.