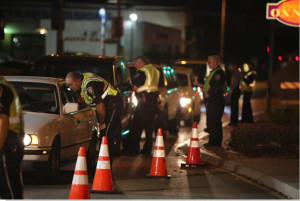 DUI enforcement and education have been a priority for the Traffic Unit for several years. The California Office of Traffic Safety (OTS) continues to award the Department with grant funding to help combat the DUI driving problem on our roadways. Grant funding also allows the Traffic Unit to field DUI enforcement officers on weekend nights and during other periods where DUI-related collisions are prevalent. Traffic officers also target repeat DUI offenders by conducting DUI warrant sweeps, courtroom stings, and surveillance on individuals who have had their licenses suspended or revoked for DUI. In 2019, Traffic Officers arrested 341 DUI drivers, which was 45% of all DUI drivers arrest by the Department.

In 2019, the Oxnard Police Traffic Unit conducted 14 Sobriety/Driver’s license checkpoints which screened  9,362 drivers and conducted 35 DUI saturation patrols. Checkpoints are highly publicized for maximum public awareness by sending news releases before and after DUI checkpoints. Drivers screened during DUI checkpoints are given flyers with educational information on the consequences and the cost of driving under the influence. In an effort to maximize the effectiveness and the deterrence value, the majority of the checkpoints are moved to multiple locations during the same night.