Several recent court decisions throughout California have led the Oxnard Police Department and the Ventura County District Attorney’s Office to reexamine the manner in which individuals are subjected to the gang injunction. While representatives from both agencies continue to discuss and implement revisions to the process, the Oxnard Police Department has temporarily suspended enforcement of both gang injunctions until the review is concluded.

The Oxnard Police Department and the Ventura County District Attorney’s Office will continue to work closely in addressing gang violence and the impact it brings to our communities. Both agencies have dedicated considerable resources to the prevention and enforcement of gang violence. 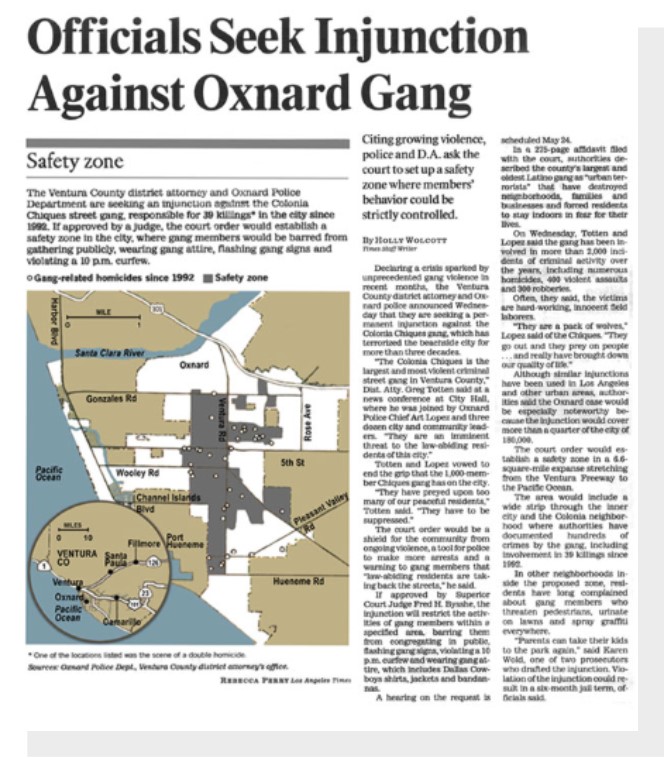 The Colonia Chiques gang injunction is a civil lawsuits against  the gang and its members based on the legal theory of “public nuisance.”  The theory is that the conduct and activities of the street gang within the “safety zone” (see image, below) constitute a public nuisance –  gang activity interferes with the community’s comfortable enjoyment of life and their property. The purpose of this injunctions is to abate this nuisance by requiring enjoined gang members to refrain from negative behaviors, which are specifically listed in the order. The gang injunction prohibits enjoined gang members from engaging in a variety of actions, some that would otherwise be legal if committed by a person not subjected to the terms of the injunctions.

Enforcement of the prohibitions on served gang members deters precursor activity that leads to violent crime. For example, law enforcement knows that historically a group of gang members drinking in a park in the early evening can often result in violent assaults or other criminal activity, as their aggression and inhibitions are affected by alcohol and/or drug consumption. Therefore, preventing gang members from gathering in a public place consuming alcohol and/or drugs can prevent more serious activity from occurring later that evening.  Any person who is subject to the provisions of the injunction that violates its terms violates Penal Code section 166(a)(4) (violation of a court order), which carries a sentence of up to six months in jail and a potential fine of up to $1,000.  Upon conviction probation terms can be added to include gang terms.

You can also click on the below links to review the court documents related to the injunction: 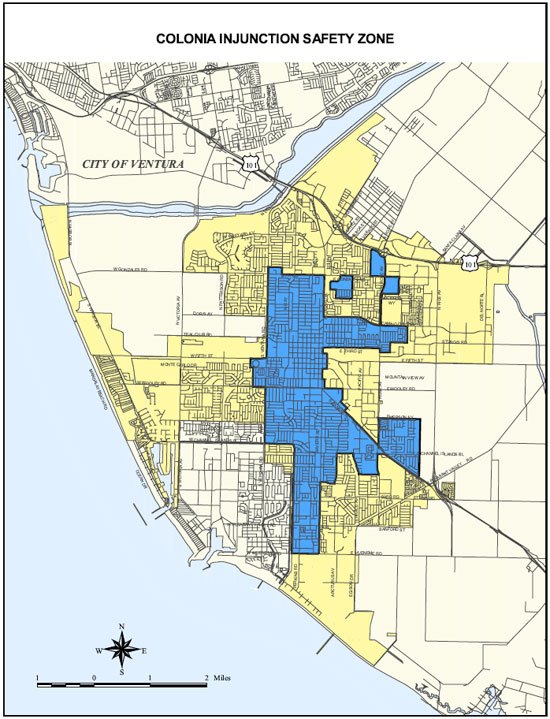